Happy International Women’s Day, everyone! Today is a day to celebrate the incredible feats of women and the fight our ancestors put up for our rights. The 19th century is rife with examples of women making huge strides that had ripple effects all the way through to this very day. Here are some wonderful things you may not have know about American 19th century women, plus some real pictures of Rosie the Riveters from World War II—these pictures are hard-hitting far beyond the famous poster we all know.

19th Century Women’s Rights Advancements You May Not Know

1824   The very first time in history that women workers went on strike was in Pawtucket, Rhode Island when the mill they worked for announced a 25% wage cut for them and a one-hour workday extension for everyone. Children and men also joined the strike, and in a little over a week the mill owners caved.
1825   The first women-only union was formed: The United Tailoresses of New York.
1845   After several strike attempts and unfortunate fails that cost them cut wages, women cotton mill workers formed the Female Labor Reform

Association in Lowell, Massachusetts. They fought for better conditions in the mills, including safety and sanitation, and to reduce the work day from 12-13 hours a day to 10. They even opened more chapters of their group in other mill towns. You can read more about their hard fight here.
1869   The Daughters of St. Crispin was formed in Lynn, Massachusetts as the first national union of women workers.
1881   Nearly 3,000 African American women laundresses held one of the most extraordinary strikes ever in the south. Taking place in Atlanta, Georgia, these women gathered so much support that they could have shut the city down. What did they want? Respect in the post-Civil War south—and $1 per twelve pounds of wash. Learn more about this groundbreaking strike here.
1888   A law that requires women doctors for female patients in mental institutions was finally gained by suffragettes. There was quite a lot of physical abuse by male doctors of female patients in asylums throughout the 19th century, so this was a major win for women’s health.
1899   Florence Kelley becomes president of the newly formed National Consumers League with the goals of women consumers fighting for better working conditions and laws to protect women workers.

Two of the most famous Rosie images are the one on the left by J. Howard Miller in 1942 (hired by Westinghouse, the company both my grandparents worked for!) and the one on the right by Norman Rockwell for the cover of the Saturday Evening Post in 1943. 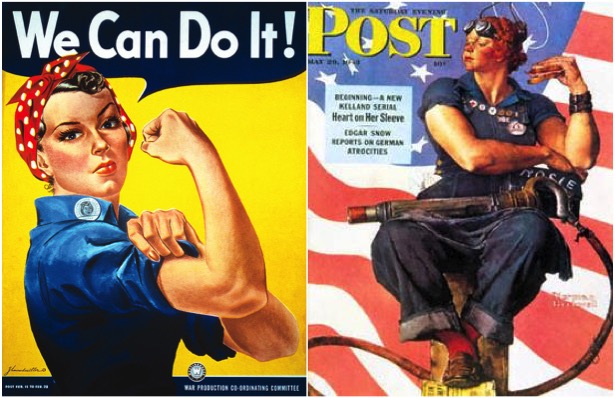 As powerful as these classic images are, they don’t come close to seeing real women working what were considered men’s jobs back in the day. Have a look at these inspiring images of real Rosies—welders, airplane repairwomen, arms workers, mechanics, engineers, and of course that’s just the start. 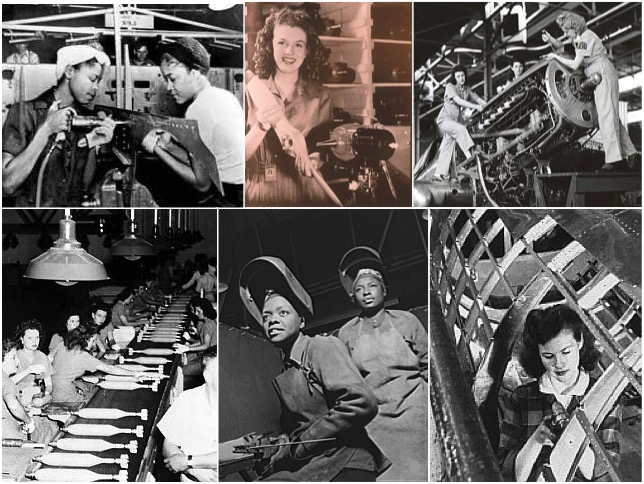