LAYERS OF FEAR: Uncovering the Storyline

For those of you who have played the Victorian psychological horror video game Layers of Fear, you know that the story can be a bit tricky to piece together, and there is plenty left to our imagination. I love things like that, so naturally I’ve thought about all the pieces of the puzzle a lot and put them all together to get this storyline. Let me know if you think it went differently!
WARNING: if you don’t like disturbing stories, this game and this post are not for you. These are my interpretations of how to piece the game’s loose storyline together, but the basic plot belongs to the game itself. 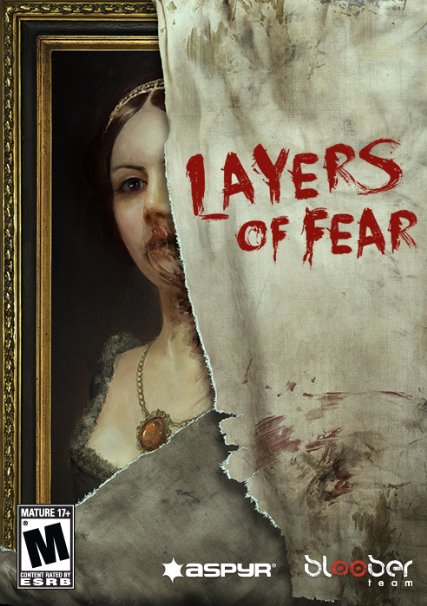 We, as the player and painter, are insane. We’re told that in the description of the game. The question is why have we gone mad?
Here’s my hypothesis:
The house is empty and we’re being threatened to move out ASAP since we no longer pay our bills. We don’t go outside anymore.
Now let’s get to the good stuff.
We used to have a loving relationship with our wife, proven by the notes left around the house, but as with most artists, we have nasty mood swings. Later in the game, we find out that we’ve had an affair with another woman, but it’s unclear when exactly this happened. I suspect it happened before any of the traumatic events began.
We find out there was a fire in our house and our wife was burned badly. So badly that it’s impossible to fix the skin on her face and it seems to have damaged part of her brain, although probably more in a traumatic way than anything. I think that’s what is meant by the “yelps” she randomly gives even after multiple surgeries and skin grafts (this is mentioned in a letter from a doctor). We consult something like 17 doctors for more opinions on her condition simply out of guilt, not out of love.
The big question: where did the fire come from?
When we’re in the attic, there’s a fire burning below us. If you pay attention, you’ll see it’s in a bed. I think we set fire to our wife’s bed to get her out of the picture. A fire looks like an accident, so that could get us off the hook in terms of suspicion of murder, especially in Victorian days. This is never stated right out, but that’s what I think happened. Well our wife survived but was severely burned. She’s left with what looks to us like a frightening grin caused by the burns on her face. Between the fire we set and what we interpret to look like a creepy grin caused by our own fire, I think that’s what sets us off on the path of crazy.
Now, when did the baby happen? According to the pictures on the baby’s wall that we see later in the

game, it happened after the baby was born. We see a happy family first, then in the next drawing, our wife is in a wheelchair and we look angry. Then we see that we killed our own dog. I don’t think that’s just craziness, I think it’s also our frustration and anger at the whole situation. We have a helpless woman and child depending on us, plus a dog. We didn’t want anything to rely on us – remember, we were having an affair and doing really well with our paintings – so the first step is the dog. Foreshadowing.
Most let’s players of this game think that the wheelchair belongs to us until the baby drawings come up and we see our wife was in the wheelchair. So that burn damage was more severe than just the face – it crippled her. That’s the kind of traumatic damage I was talking about earlier that probably messed with her brain.
Our wife wanted a divorce at some point, but was it before or after the fire? My suspicion is before, since after the fire she probably can’t take care of herself and her baby easily on her own. Plus, if it happened before the fire, then it could be part of the reason for the fire. We’re having an affair, our wife finds out and wants to divorce us and take our baby away, we set a fire in anger.
We find out our wife left us nasty notes about our art after the fire, and that makes sense since she’s so angry, right? Wrong. We left those notes to ourself and signed them from her as our excuse for murdering her later. This is where the crazy officially starts to take over. This becomes clear once we see our own criticism of our paintings, art critics’  criticisms of our paintings (our talent clearly tanks as our sanity does), and we remember our tone of voice becoming angrier and angrier, especially regarding our talent and our wife. So we create notes “from her” that give us a good excuse to get rid of her. And that’s what we do.
On to the baby. Once we’ve killed our wife, the baby is left entirely in our care. Well that’s not good. 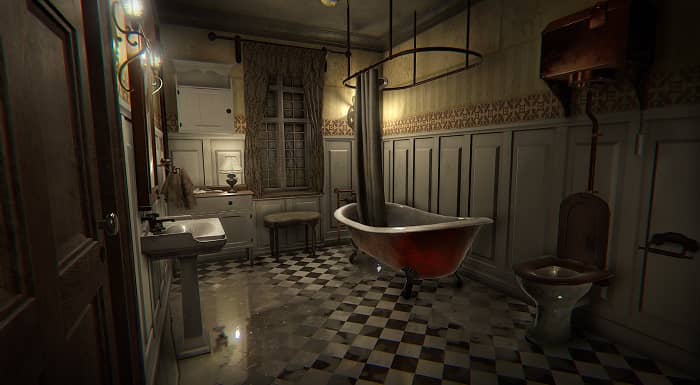 We’re always angry at our baby, giving it lots of toys to make up for all our neglect. Nevertheless, the baby feels the neglect and hatred coming from us, and that’s why there are so many toys and baby dolls and heads floating around presently – or so we think. That’s all in our head in reality. We see the baby float up in the bathtub twice. I think we took the baby for a bath and drowned it. We were probably drunk at the time – we have a problem with alcohol too.
Our family is dead. On to our madness.
We realize we need a canvas for our ultimate artwork. I believe the skin we use is the baby’s. (Ew!) Think about it. The baby is the culmination of our destroyed marriage, a source of guilt, pain, and self-hatred not only for how we physically hurt our wife but for our murder of her. We need to paint our pain, as all artists do, and what better surface for a crazy murderer to do that on than our murdered child’s skin? Sickening, yes. Our wife’s hair is what we use as the brush. You can pick and choose where the rest of the body bits come from, but that’s what happened.
Did we ever really gouge out an eye for our painting, make our family’s bone dust into paint, etc.? It’s uncertain. We’ve been painting the same picture of our wife over and over again for what appears to be months if not years – the picture she most hated of herself, The Lady in Black (read: black = mourning – we may have predicted our actions subconsciously and she may have hated it because she generally knew what was coming subconsciously) – and it looks completely normal on the rare occasion that our sanity surfaces. But we’re wracked with guilt, so we paint her over and over, and we think her demon spirit is forcing us to create our masterpiece, but really we’re just painting the life we destroyed over and over – perfectly.
That’s my take on the storyline! If you’ve played this game or watched it being played, let me know whether you have the same or a different interpretation. I loved taking this apart layer by layer. Games like this are few and far between.

Author Marnie Cate has created a new series for Go Indie Now! Check out the premier episode of Author Insight, where a small group of authors – J.M. Northup, Mari Collins, me, and your fabulous host Marnie – talk in-depth about some topics like strangest thing to research and character names that we didn’t like […]