3 Things I Would Rewrite in HUMORESQUE

The movie “Humoresque” is a classic tale of music, obsession, and love starring John Garfield and Joan Crawford. If you haven’t seen it, I recommend it; the violin solos are incredible, the acting is excellent, and the dresses Crawford wears are beautiful. It’s a movie I watch about once a year and enjoy every time, despite my yelling at the screen when this brilliant story deteriorates at the edges – and sometimes forms full-on holes. It’s a shame because this movie is so wonderful overall and had the potential to be perfection but misses the mark and ends up classified as “wonderful” instead. If I could edit this screenplay, here are the things I would change to stitch up the holes and make it seamless and natural. (If you didn’t already guess, spoilers are included!)

Even if these changes extended the movie from 1.5 hours to 2 hours, it would be well worth it to have consistent characters and storylines, accurate psychology, and no holes in the film’s plot and character development. Now that I’ve said my piece, let’s appreciate the beauty that is Joan Crawford’s fabulous resting bitch face in “Humoresque”, one thing I wouldn’t edit out for anything in the world. 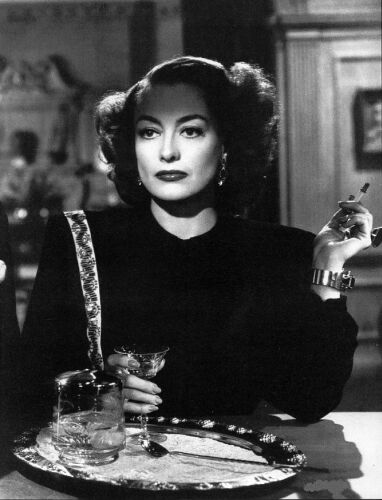 I am a HUGE fan of symbolism in every artistic medium. I always look for it in literature and movies specifically, and I always include it in my writing, no matter how short the piece is.  Symbolism is an essential part of my work, and the great thing about it is that a reader can […]