So begins the season of hurried writing! During this year’s NaNoWriMo, I’m writing the second book in the Dark Victoriana Collection, Locke and Keye. I won’t be doing a vlog per day this time, but I will be vlogging when possible as well as trying some new cafes that I’ll take pictures of and tell you about. There are a few I’ve been meaning to try for quite some time, and now’s the perfect opportunity to give them a shot!
Locke and Keye is a novelette, which means it will be between 7,500 and 17,500 words. My goal is to write the whole thing in November, or at least most of it, so that December and January can be dedicated to editing and proofreading. I’m going to publish this book in early 2016 and I have to say – I’m REALLY excited about it! It’s going to be quite different from anything I’ve read, similar to a journal, but with a twist. You’ll see!
I came up with a working draft of the book cover, although I’ll have a designer create the final cover, and it will look pretty different from this. 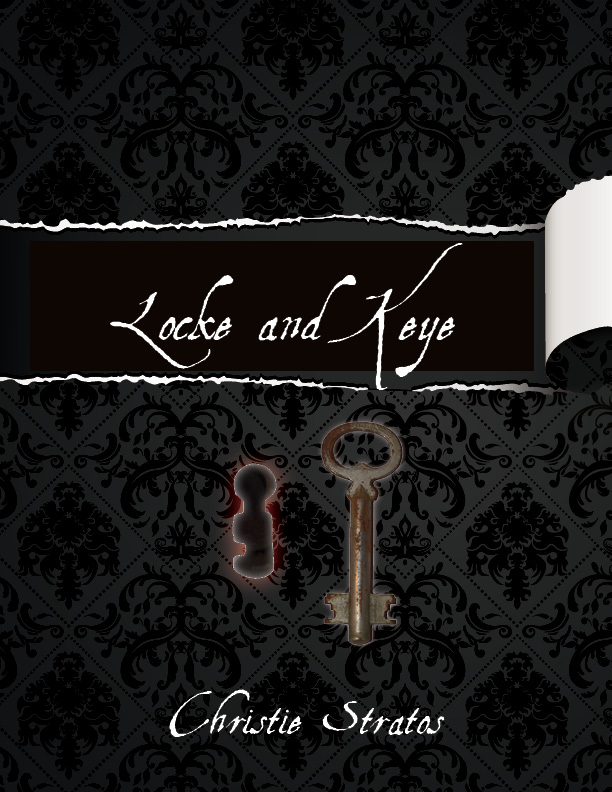 Although Locke and Keye will be a standalone novelette, you will appreciate it a lot more if you’ve already read my debut novel Anatomy of a Darkened Heart. Grab a copy on Amazon, Smashwords, Barnes & Noble, Createspace, or even better, directly from me!
If you’re a fellow NaNo writer, friend me here and let’s support each other. If you’re a reader, I can’t wait to update you on my progress and spill some clues about my new work.
In the meantime, here’s my first video of the NaNo season. Enjoy!

Historical fiction author Margaret Pinard has taken the Mid-Year Book Freakout Tag and turned it into an authortube-style tag! Margaret, JC Carpenter, and I did this live, discussing our books, author goals, characters, writing tools, and more. We had a great time! Check out the panel’s books Post Views: 239

Where is the Dark Victoriana Collection Headed?

I often get questions about the future and direction of the Dark Victoriana Collection (DVC). With two novels and two short stories already published, plus an anthology currently being written, my plan is pretty much ever expanding. The answer is (drumroll please) there’s no end in sight! Which is pretty exciting. I have specific storylines […]

My last read that I reviewed was historical suspense book After Alice Fell by Kim Taylor Blakemore, and you can read that review here. Now I’m on to the domestic thriller The Watcher Girl by Minka Kent. This is the first book I’ve read by this author, and so far it’s off to a very […]